Learn about Ascend's school leadership structure, and apply to join our growing team of leaders. 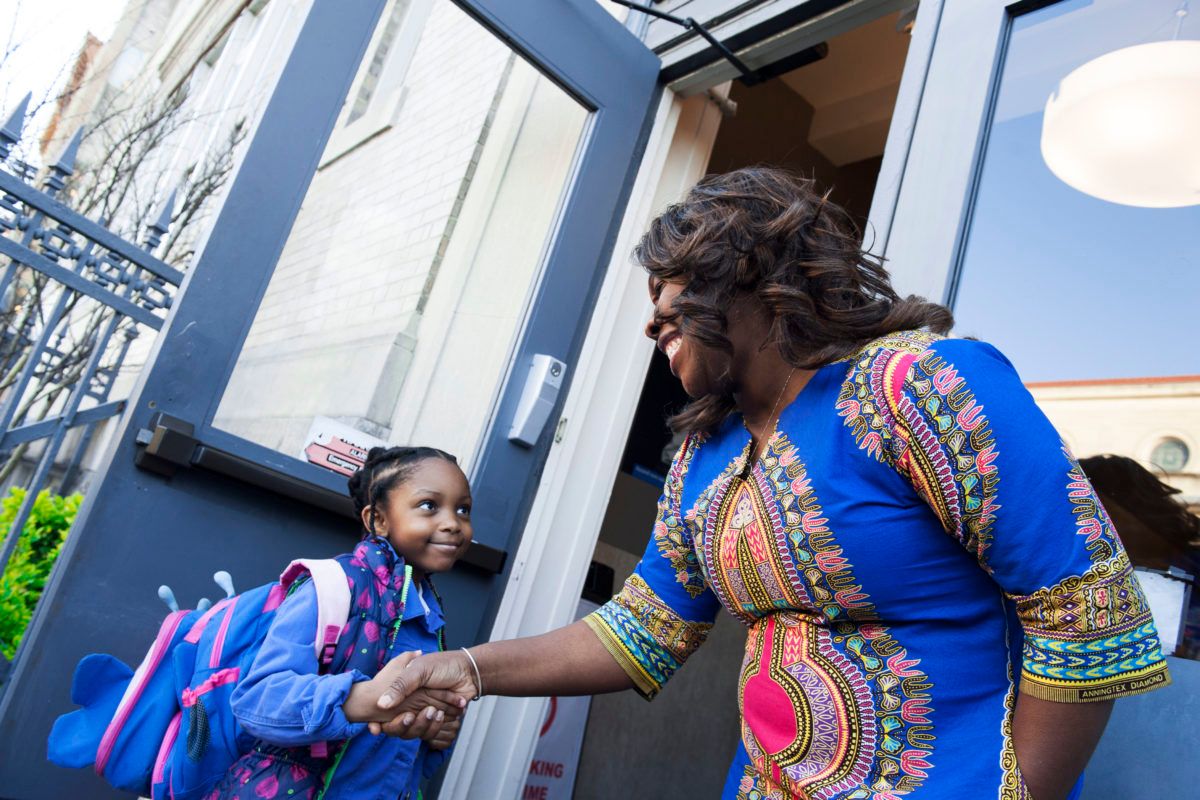 Our approach to school leadership

Leading at Ascend means growing deeply in your career, developing others, and playing a defining role in the future of your students.

Together, school directors, deans of instruction, deans of students, deans of student services, and directors of operations mold their schools into vibrant learning communities where teachers are supported to grow and thrive, where students are curious and engaged, where expectations are high, and where joy is abundant. Ascend school leaders are dynamic, visionary individuals who collaborate with each other and with their teams to create a warm and exhilarating intellectual environment for students.

Ascend dedicates substantial resources to ensuring that directors and deans have the skills and expertise they need to become highly effective instructional, cultural, and organizational leaders. Through extensive professional development, individualized coaching, and collaborative meetings with teachers and fellow leaders, school leaders feel valued and supported as they establish, grow, and maintain strong Ascend schools.

Apply now to join our team as a school leader. 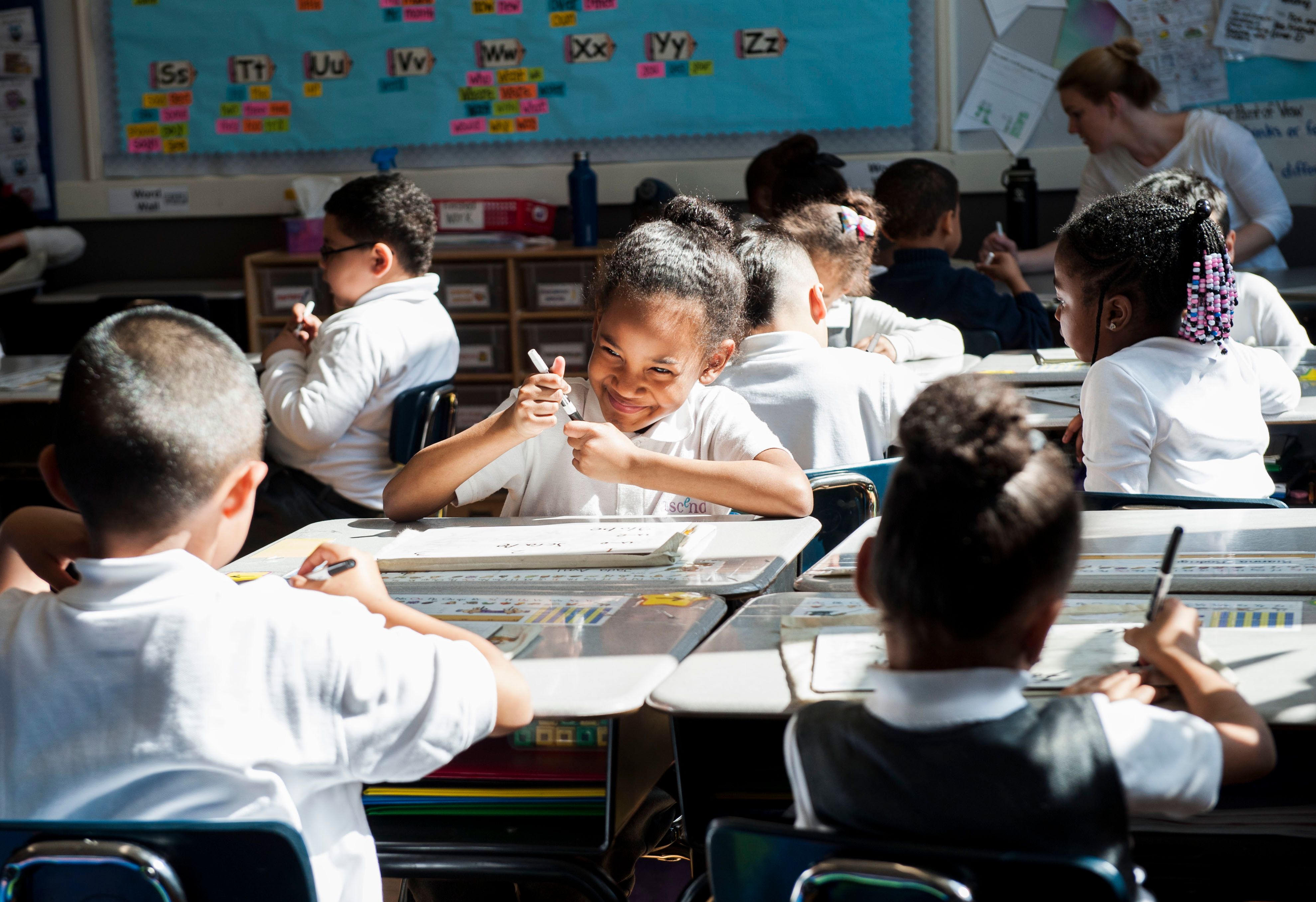 From the Ascend blog: Love beats fear in school culture

At Ascend, a culture of love and high expectations is transformational. In her blog piece, Marsha Gadsden—managing director of upper schools and former school director at Brooklyn Ascend Middle School—writes about Ascend’s commitment to fostering agency in all our students.

School directors oversee a school’s leadership team, ensuring the school is an academic, cultural, and operational success. We seek leaders who are passionate about achieving their schools’ goals, who develop enduring relationships with students, teachers, parents, community members, and other stakeholders, and who build and maintain a strong presence for the school in the community. School directors are experienced educators with proven track records of elevating student achievement.

Ascend deans, all reporting to the school director, work together to ensure that all teachers and students have the conditions, resources, and support they need to excel academically and thrive in a joyful learning environment.

Deans of instruction are passionate about both curriculum and coaching and are excited to spend their time discussing, preparing, and immersing themselves in content and professional development. Deans of instruction inspire teachers to excel in their jobs and to motivate students to achieve their highest potentials. They provide instructional and administrative leadership to teachers across a particular grade band or in a particular subject area, oversee the implementation of the curriculum, monitor students’ academic performance, and reinforce the school’s culture of joyful, engaged learning.

Deans of students are passionate about school culture and academic success. They are responsible for shaping and sustaining the school’s distinctive culture and are essential to supporting the school’s highly ambitious academic expectations. Deans of students provide cultural leadership to the teaching staff and oversee the implementation of school-wide systems and procedures, and critical elements of Ascend’s Responsive Classroom program, including morning meeting in the lower schools and advisory in the upper schools.

Apply to become an Ascend director of operations.

Ascend’s Resident School Director program provides an unrivaled opportunity for educators and visionary leaders to play a key role in growing and shaping the future of an Ascend school while receiving the training and support they will need to one day lead their own schools to academic success.

A resident school directors is placed at a successful Ascend school as a dean of instruction or dean of students and mentored by a managing director assigned to that school, by the school’s director, and by Ascend staff. In addition to the mentorship they receive from their host director, resident school directors participate in hands-on, collaborative monthly Saturday trainings where they are exposed to and trained on a wide range of school director responsibilities, and work on an individualized stretch project aligned to their growth area. Ultimately, residents are encouraged to interview for open school director positions at new or existing Ascend schools.

External candidates and existing leaders in the Ascend network are encouraged to apply. Apply to become an Ascend resident school director.

During the year, robust professional development from network staff continues to inform and develop leaders in best practices.

School directors are supervised and coached by a managing director of schools—a network staff member who supports a cluster of Ascend schools and offers the school extensive support in every area of academic and operational work and the chief schools officer—and participate in regular professional development sessions alongside their deans led by the network’s curriculum and instruction team and the managing director of leader development. Directors and managing directors hold regular meetings to check in on progress toward school-wide goals, problem-solve, and plan for upcoming projects, initiatives, and possible challenges.

Deans gather regularly—at least once per month—for professional development sessions led by the network staff. Dean of instruction sessions with the curriculum and instruction team focus on improving deans’ coaching and instructional leadership skill and addressing specific components of the Ascend curriculum. Deans of students work with Ascend’s managing director of leadership development to improve coaching and leadership skills and cover specific aspects of Ascend’s Responsive Classroom cultural practices. Deans of student services collaborate closely with each other and with Ascend’s director of student services.

Join a team of passionate educators and leaders.

Explore open leadership positions, or sign up for updates on future opportunities at Ascend.